Wilhelm Schimmel was born in 1854, son of a pre­centor (church choral director). At the age of 16 he began an apprenticeship as a cabinetmaker. A year later he was making accordions and violins. Musical instrument making became his first love. He was brought up in Central Germany, which was the homeland of Silbermann, Friederici and the cradle of German pianoforte manu­facturing in Europe at that time.

At the age of 22, he gave up a secure position as a supervisor in a large cabinetmaking concern in Saxony to start over again as an apprentice piano builder at the eminent Stichel piano factory in Leipzig.

Eight years later, his yearning for independence and his confidence in his own abilities motivated him to found his own company, Hof-Pianofortefabrik Wilhelm Schimmel. 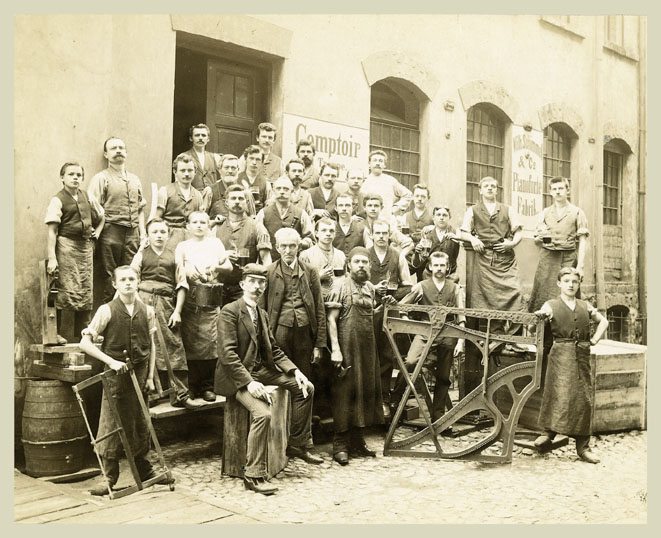 The history of the Hof Pianofortefabrik Wilhelm Schimmel began on May 2, 1885, the day on which, in a modest work­ shop in a town not far from Leipzig, the first Schimmel piano was created. ‘I was so proud to rent my first own workshop. A tiny room with two windows in the front.’  Wilhelm’s first workshop in Leipzig was only about 13 square metres, yet he started to lay unimagined foundations for a company that would outlast him for four generations.

The young company enjoyed a period of rapid growth, since in those days home music making centred around the piano. As a result of his com­pany motto, ‘the best possible instrument at a reasonable price’, he produced technically advanced pianos at a good price, so the demand for his instruments grew rapidly, to the extent that before the year ended he was compelled to move to larger premises.

Within two years, the company had out­grown this location as well. 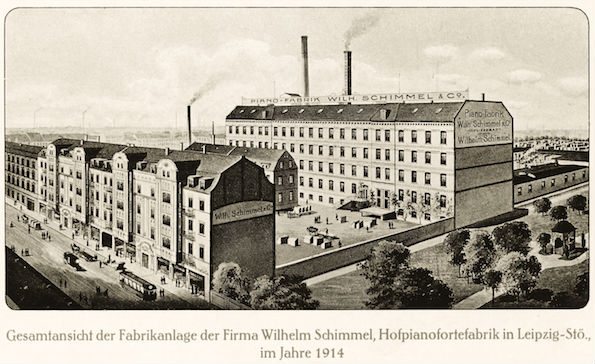 Wilhelm Schimmel Builds His Own Factory

In 1897 Wilhelm Schimmel decided that instead of continually moving, he would build his own factory. The new company was located on a 4000 sqm site in Leipzig.

The company also developed an international reputation, supplying pianos to royalty. Schimmel was given the title of purveyor of the Grand Duke of Saxe-Weimar-Eisenach and the purveyor of the King of Romania. At the World Exhibition in 1913 and 1914, the instruments received first gold medals.

The development of technical innovations has always been a high priority for Schimmel. For example, in around 1915, a self-playing piano, called Ducanola, was developed in cooperation with the firm JD Philipps, Frankfurt Main.

In 1927, at the age of 73, Wilhelm Schimmel retired from active management of the company, passing the mantle to his son, Wilhelm Arno Schimmel. This took place as the world economy was going through a difficult phase, culmi­nating two years later in the Great Stock Market Crash on “Black Friday”, Oct. 25, 1929, initiating the Great Depres­sion. View a 1927 Schimmel catalogue.

In its best years, the annual production of the German piano industry prior to the Great War (later referred to as World War I) had been about 180,000 units. The runaway inflation of 1923, followed by the Great Depression, resulted in a drastically curtailed production. To add to its problems, the piano industry now had to compete with the radio and the gramophone.

Wilhelm Arno Schimmel decided to moved to Brunswick in 1931 and began manufacturing under the name Wilhelm Schimmel, Pianofortefabrik GmbH.

This proved to be a very fortunate decision, because 20 years later Germany was divided. Luckily, Brunswick belonged to the Fed­eral Republic of Germany (West Germany), while Leipzig became part of the German Democratic Republic (East Germany). 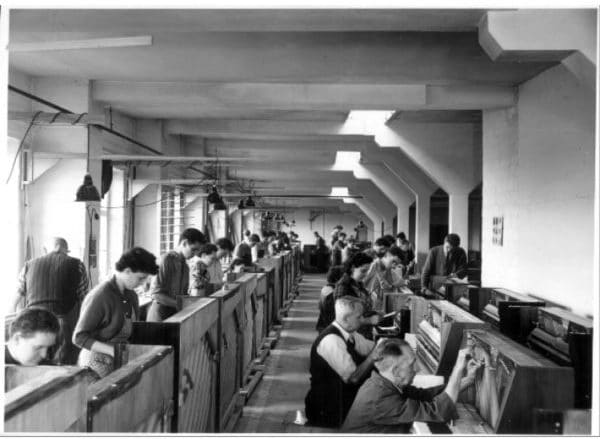 In the mid 1930’s, Wilhelm Arno Schimmel had developed a small upright without backposts and a new keyboard/action design. Its petite styling ideally reflected contemporary tastes, the large uprights of yesteryear, having in the meantime become old fashioned and out of style.

Additionally, new models were introduced during the 1930’s: the Golden Jubilee upright and the 102 “Fortissimo” series, which for decades to come would be the hallmark of the unmistakable tonal character of Schimmel uprights.

In October of 1944, the factory was completely destroyed in a fire, interrupting manufacturing. Rebuilding the facilities began as soon as circumstances would permit.

Following the war years, the company kept its head above water with all kinds woodworking, manufacturing small tables, furniture for schools, plywood components for trucks and even complete wooden interior work on buildings.

In 1950, Wilhelm Arno Schimmel gave German piano manufacturing a new impetus with the “Schimmel Line”. A year later, he caused a sensation by introducing the world’s first grand with cabinetry of trans­parent acrylic plastic, a model which was perfected thirty years later by his son Nikolaus Wilhelm Schimmel.

To this day, the acrylic grand stands as one of the company’s image builders; An outstanding achievement in German piano manufacturing, and immensely popular as a concert tour instrument.

Piano sales were booming in the 1950’s and by the end of 1958 Schimmel had become the world’s bestselling upright produced by a resident German piano manufacturer. Schimmel pianos were being exported the world over. Nikolaus Wilhelm Schimmel joined the management of the company in 1959, assisting his father in piano design and marketing activities.

Tragedy struck the company in 1961 when Wilhelm Arno Schimmel suddenly and unexpectedly passed away.

His son, Nikolaus Wilhelm Schimmel, thanks to years of systematic training in the art of piano manufacture, both in the com­pany and abroad, was well prepared for assuming the task of managing the company.

The Wirtschaftswunder (“Eco­nomic Miracle”) of the Federal Republic of Germany was in full bloom at the time but in the German piano industry this miracle could only be accomplished with plenty of hard work. Nikolaus W. Schimmel, with well defined goals and clear visions, continued in the 1960’s to build on his father’s achievements.

History repeated itself when Nikolaus W. Schimmel soon realized that, to keep up with the continually increasing demand for traditional pianos during the 1960’s, further expansion was becoming unavoidable. The company had once again outgrown its manufacturing facilities. The exist­ing premises, in the heart of burgeoning Brunswick, could not be expanded.

Emerging Into A New Millennium

Throughout the last decade of the twentieth century, Nikolaus W. Schimmel and his team of piano makers par excellence were hard at work laying the fouundations for a new range of the Schimmel Konzert line of grands and uprights.

Moreover in close cooperation with the reknowed designer, Prof. Luigi Colani, the futuristic grands and pianos of the Pegasus range were developed. The Schimmel Art Edition grand, a product of collaboration and friendship between the piano maker Nikolaus W. Schimmel and contemporary artist Otmar Alt, is equally extraordinary. 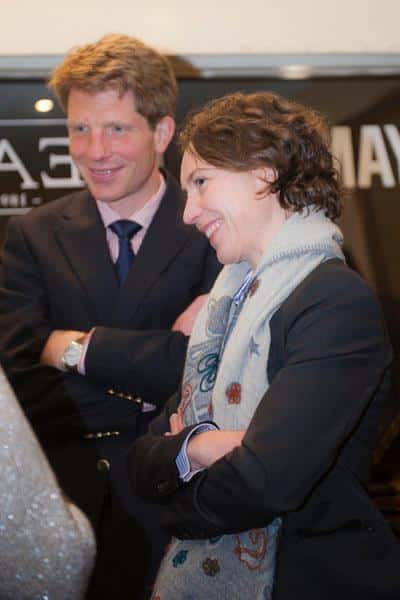 In summer 2003, Nikolaus W. Schimmel handed over the management of the company to his soninlaw, Hannes M. Schimmel-Vogel, who will now carry on the family business in its fourth generation. Against the backdrop of the outstanding instrument quality of the newly developed Konzert range of Schimmel pianos, Hannes Schimmel-Vogel set new targets and created the perfect conditions for this traditional family business to stand its own ground in the face of international competition in the twenty-first century.

In 2016, Schimmel entered into a strategic alliance with Pearl River, the largest piano manufacturer in the world. In addition to strengthening Schimmel’s production facilities in Braunschweig and Kalisz, the company is now well positioned for global growth.

The Schimmel family remains as shareholder with an increased presence in the company. Hannes Schimmel-Vogel remains CEO and his wife, Violet, daughter of Nikolaus Schimmel, will re-enter into management and increase the presence of family within the company.

Contact us for information, or to request a brochure.