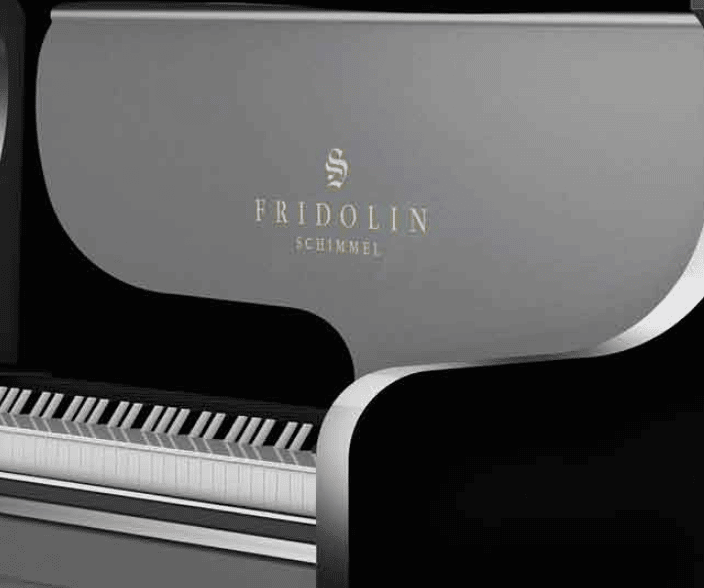 Fridolin instruments are part of the brand family of Schimmel. This guarantees that you are purchasing an instrument of value for which Schimmel vouches with its name!

All Fridolin instruments are based on a Schimmel technical design. With over 130 years of excellence in piano making we ensure that Fridolin pianos offer the soul of a German piano in sound and touch.

All Fridolin instruments are manufactured in China according to a defined processes from Schimmel and supervised by German craftsmen from Schimmel. This assures a continuous quality promise.

All Fridolin instruments are made of carefully selected materials such as German Hammer felt and Rösslau strings, to warranty that you are purchasing an instrument of value.

All Fridolin instruments are equipped with Schimmel ́s extended factory warranty to assure that you are purchasing a durable instrument.

Fridolin instruments are a smart investment.

The focus on quality and technical genius are talents that both brothers, Wilhelm and Fridolin Schimmel, enjoyed on both sides of the Atlantic Ocean. In 1893, Fridolin Schimmel pianos became a synonym for quality and craftsmanship in Northern America. Today, Schimmel keeps this heritage alive with care.

The second half of the 19th century saw many talented piano craftsmen in Europe and America starting their own business. Among them were the two brothers Wilhelm and Fridolin Schimmel. Both had the entrepreneurial spirit and both were dedicated to craftsmanship and quality.

Wilhelm Schimmel, the older brother, founded Schimmel Pianos in Germany in 1885. The family company and the famous brand Schimmel became synonymous with first class grands and uprights made in Braunschweig | Germany.

Fridolin Schimmel, the younger brother, founded modern piano production in 1893 in the United States of America, where he had emigrated not long before. Under the name “Schimmel & Company”, Fridolin Schimmel’s grand and upright pianos gathered an excellent reputation.

On October 1893 he reports in a letter to his family from his new hometown, Faribault in Minnesota:

Things go well in our new company. I have already made two technical drawings for a small and a higher upright. As soon as I have time I will design a grand. Our pianos are well respected.

The creative and talented piano-maker, Fridolin, also studied furniture for a long time and had numerous patents in furniture, wood-processing machines and also automotive inventions. In later years he successfully shifted his business to this new field of manufacturing.

In Germany, Wilhelm Schimmel stayed with pianos only. So did his son, Wilhelm Arno Schimmel and also his grandson Wilhelm Nikolaus Schimmel. As a young man Nikolaus Schimmels took a similar path to Fridolin and worked as a piano technician in Chicago, later also in other American piano companies. In the 1960s the family relationship and the activities of Nikolaus Schimmel helped to re-establish the Schimmel brand in North America.

The new Fridolin Schimmel grand and upright pianos have been especially developed by Schimmel for the educational level of the market. Solid, robust and affordable as an excellent alternative to both students and family, due to the favourable price-performance ratio.